"Last night I sat him up behind the wheel and said son take a good look around.  This is your hometown."
-- Bruce Springsteen 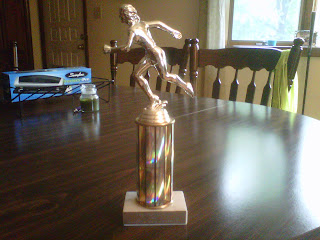 Thanks to my friends, Christina, Gina, Matt and Jillian, for sharing this special event with me, the Plaistow Lions Club for organizing this event and the Town of Plaistow, for all you do in making Old Home Days special and fun.
See you next year...in the MASTERS DIVISION!!!!
Posted by Cyndi Springford at 7:31 AM