A few days ago, I received an invite on facebook from my friend, Sheryl, to a public event called Battle of the Sexes:  Extreme Ab Challenge.  I clicked on the link and read this excerpt:

The Battle of the Sexes 6,000 Sit-Up/Crunch Challenge starts JULY 1st! The idea is to do 6,000 sit-ups.crunches in ONE MONTH! Ideally this means that you'll do about 200 each day and you can break them up into whatever is a manageable amount for you. I plan on doing 100 in the morning and 100 more at night, but some people might need to break that down and do sets of 50 throughout the day. You can do sit-ups or crunches and you can vary the position ( ie, feet on the ground or up in the air).....the point is that you get down and DO THEM!!


The administrator of this event also went on to say that this challenge is NOT designed to get you a six-pack in 31 days (that won't happen just by doing ab work), which I agree with.  It's just a little healthy competition to get you committed to something that could be construed as "good for you". 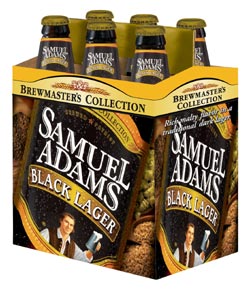 In order to keep track, he suggests posting your running total at the beginning of your facebook status.  At the end of the month, all participants send him the total and he sees who "reigns supreme" (his words, not mine):  the men or the women; hence the "Battle of the Sexes" moniker.


Okay, now, I am going to let you in on a little secret.

Yes, I'm a fitness professional and have been training clients and instructing group fitness classes since 1993.  I have no issue whatsoever telling other people to work their abs, however, it is my LEAST favorite body part to train.  I won't say I "hate" doing abs, since my mother always told me that hate is a very strong word.  Sooooooooooo, I'll just say that I "strongly dislike" them.  Very strongly.

Besides, this whole idea flies in the face of my personal trainer philosophy.  I don't believe it's necessary, or effective, to train one body part EVERY SINGLE DAY.  You wouldn't do bicep curls every day, would you?  Or bench presses?  So, why would you do it with your abdominals?  Somewhere along the line, maybe sandwiched inbetween the "no pain, no gain" battle cry and that low carb nonsense, we picked up the notion that this particular muscle group was the exception to the rule and that it needed, or could be, worked every day.


Despite my disenchantment with ab training AND the fact that I disagree with training any body part more than 2-3 times per week on non-consecutive days, I'm doing it.


Well, because, truly, I like a challenge.  I am not expecting any physical gains from it, necessarily, and I don't think that is the point.  I'm doing it to see if I can make friends with my abs once and for all.  I have 31 days to find a way to love spinal flexion and spinal rotation.  Maybe the plank will replace the push-up as my new favorite exercise of all time.


Honestly, I don't think that will happen, but I said the same thing about running once upon a time.  I swore I'd only run if "someone was chasing me".

Seven marathons later, here I am.


After work today, I'm going to run 10 miles, and then start my daily habit of 200 crunches/sit-ups/whatevers.


Care to join me?

Posted by Cyndi Springford at 6:48 AM